Providing pocket watches to everyone, from the Belgian Navy all the way up to the Belgian Royal Court – six generations and six unique visions have seen this family-owned company grow, over nearly two centuries. Since 1848, Maison De Greef has evolved with the times, while continuing to grant its customers' wishes.

The store in the fifties. 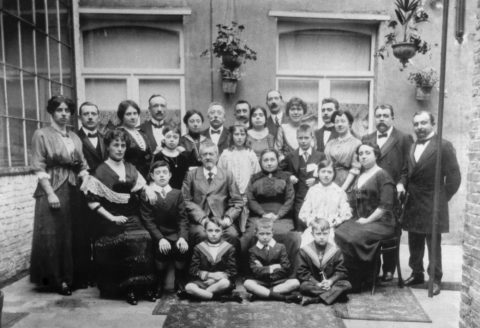 Since its opening in 1848, Maison De Greef has seen one generation succeed another, each one different from the last. From 1848, the founder Prosper De Greef set the foundations for long-lasting success by becoming the official clockmaker for the Belgian National Railway Company. Later, he became the official supplier of pocket watches for the Belgian Navy, the Postal Administration and the Telegraph and Telephone Administration.

In 1929, his grand-daughter, Augusta, took over her mother's and her brother's shares and gave new life to the family company. An energetic woman, she was known for her dynamism and her business sense, just like her daughter-in-law, Maria Michel, who succeeded Augusta and continued the family heritage. At the end of the 1980s, Marias grandchildren, brothers Jacques and Arnaud (who still lead the company), joined the adventure and established themselves with their off-the-wall and unique style. Jacques' son Brice also joined the business, and is the latest link in a chain which still has many great years ahead. 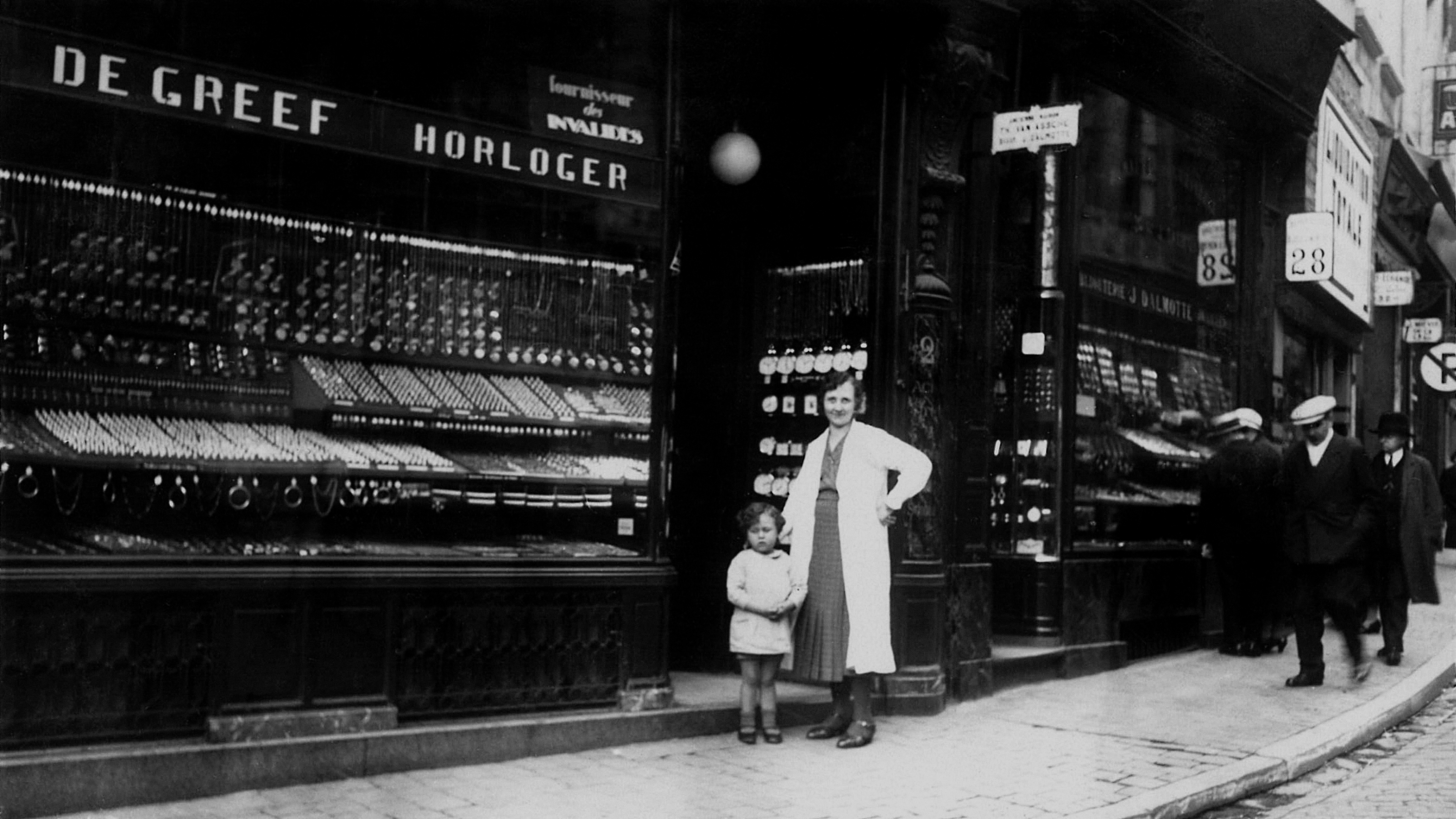 A company evolving over the generations...

The history of Maison De Greef started in 1848 at 24 rue au Beurre; A street historically dedicated to clockmakers in the centre of Brussels, just steps away from the Grand Place.  Prosper De Greef most likely never imagined that his business would still occupy the same address almost two centuries later. Even though its spirit has remained intact, the company has still undergone several renovations throughout its life.

In 1953, this task fell to the bold modernist architect, Jacques Dupuis, who took charge of the first transformations of the store. In 2017, as it approaches its 170-year anniversary, Maison De Greef has once again recreated itself and expanded its premises to 28, rue au Beurre, in a space exclusively dedicated to the prestigious watchmakers, Patek Philippe. 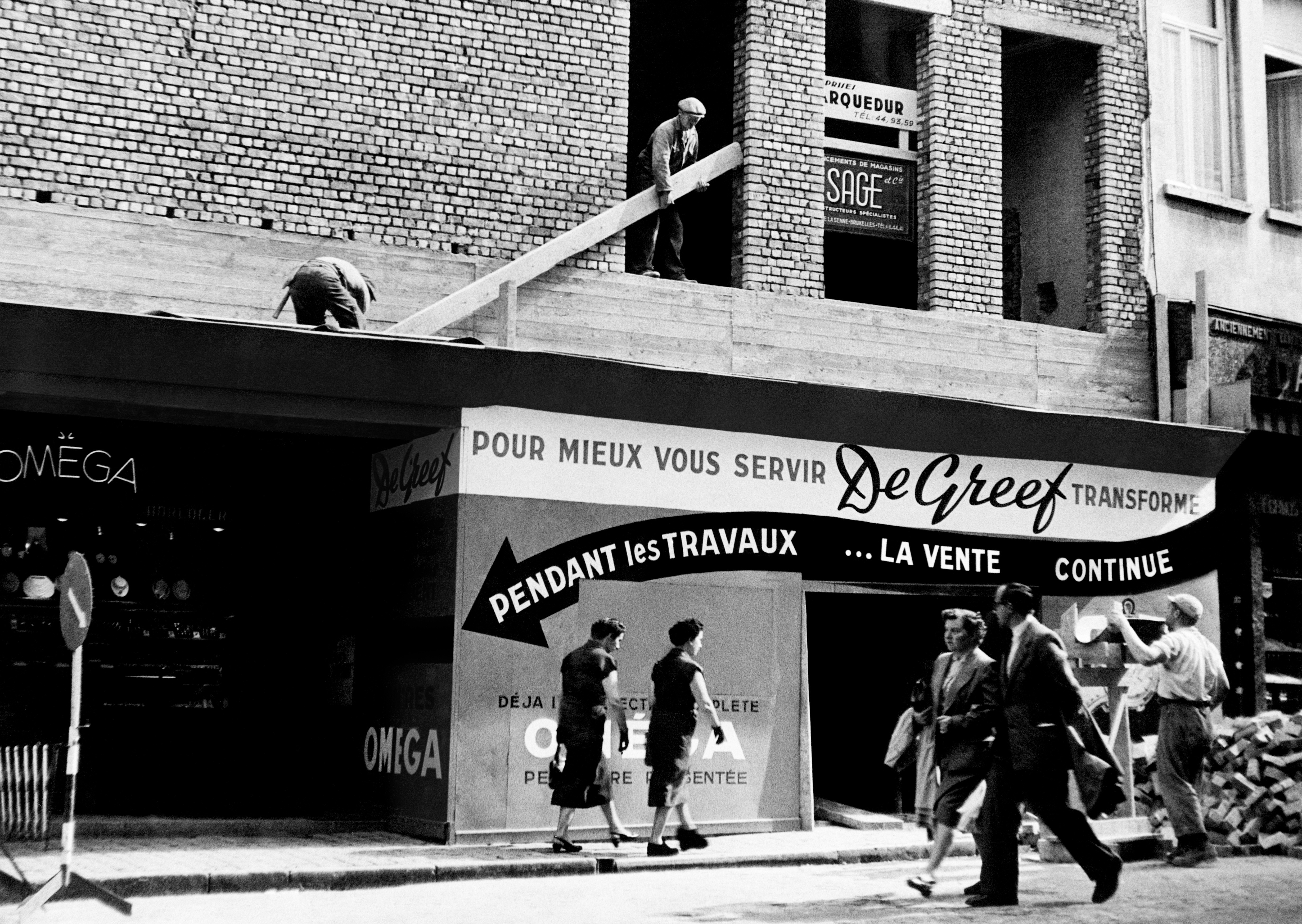 ...where the customer is king!

Since 1999, Maison De Greef has held the much-coveted title of Supplier to the Court of Belgium. However, even though princes, princesses, the world's highest-ranking dignitaries, government ministers, actors and singers have all passed through our doors, we offer the same attention to all our customers. Our welcoming, friendly and natural style, poles apart from the traditional codes of luxury fashion, is our trademark. With us, you will be welcomed without fuss, in a familial, relaxed environment. 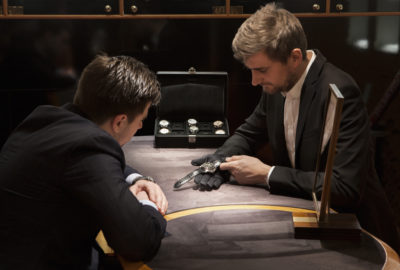 At Maison De Greef, your requirements are our priority. Discover our wide range of tailor-made services, adapted to your every need.
Find out more 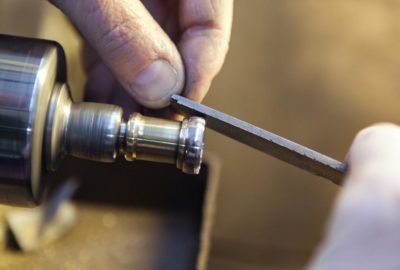 A welcome from two brothers, one a jewellery designer and the other an expert watchmaker: that's the least you can expect at Maison de Greef.
Find out more